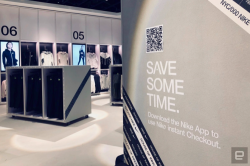 Despite having been around for decades and receiving much media attention, QR codes never became the revolutionary mobile marketing tool that businesses and marketers had hoped. When Apple added native support QR code scanning in its iOS 11 the promise of the technology was renewed. This game-changing move allows QR codes to be scanned on Apple devices directly through the camera app. And the fact that the QR code feature is in the control settings enables ease of use. The latest Android smartphones have also made QR code scanning a native feature. This addresses the major barrier for QR code use in Western markets.

Source: QR Codes are Even More Relevant in 2019

Download our free eBook The Complete Guide to QR Codes.Just enter your email address below to get the pdf download link.